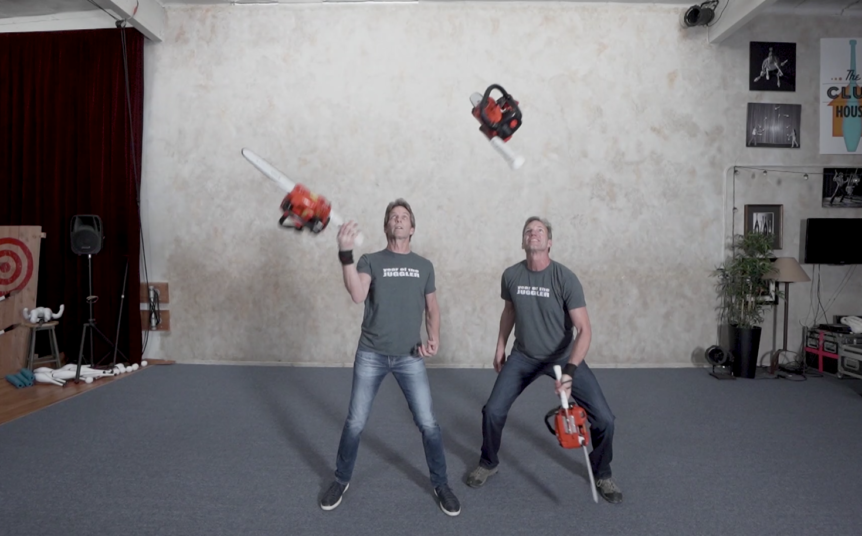 This Holiday Season, Jon and Owen from The Passing Zone didn’t just wish for a new world record – they went for it.

The Passing Zone juggled live chainsaws each weighing 8.5 pounds. In order to break the previous world record, 44 consecutive catches were needed. After less than 30 seconds of absolute concentration, Jon and Owen managed to catch 50 consecutive throws with all limbs still intact and a new world record set to their name.

The comedy-juggling duo already holds five previous world records, including the first duo to pass 11 clubs. The Passing Zone also won a staggering 18 gold medals from the International Juggler’s Association (IJA). They were recently presented with that organization’s Award of Excellence, for “excellence in the art of juggling through professional performance,” which is the most prestigious award in juggling (essentially the Juggling Hall of Fame), given to only thirteen acts worldwide.