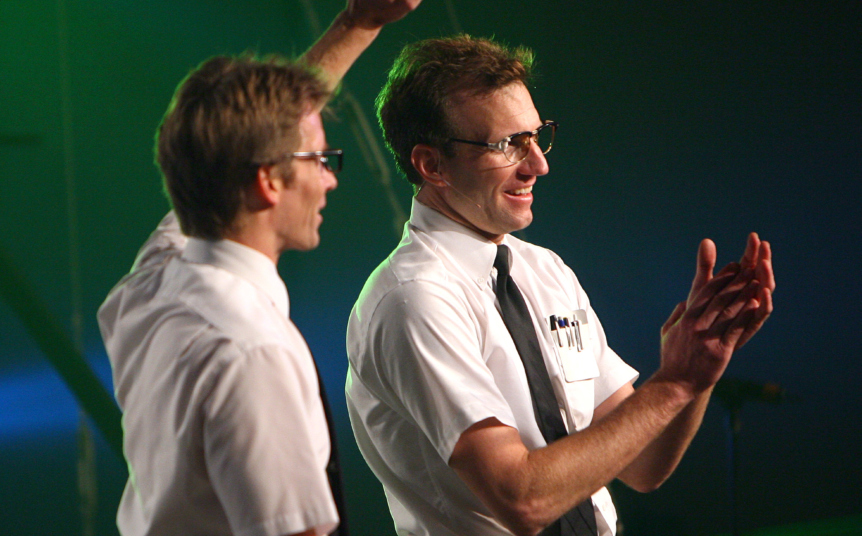 Fifty years ago, on July 20, 1969, humans landed on the moon, fulfilling a dream of generations, and opening the door to exploration of the cosmos.

The Passing Zone: “We are space buffs. We love everything about it. The launches, the landings, the movies, the documentaries, the perspectives of astronauts, the feats of mathematicians and scientists, the anti-gravity, and the twinkling of the stars. That fascination was part of the inspiration behind our space-themed performance piece we call “People-Juggling.” 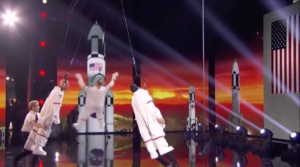 The Passing Zone reflect on the Apollo Moon Landing Anniversary

The Passing Zone: When John F. Kennedy said, “We choose to go to the moon in this decade, and do the other things, not because they are easy, but because they are hard,” he was talking about space exploration. However, that is the mindset of jugglers. We search for the difficult, and set out to master it. “People-Juggling” is a good example of an idea that was big, crazy, unlikely, and different than what other performers were doing. We decided, “we want to juggle people,” and then we chose to accomplish that.

They continue: “Aspire to do the difficult. Embrace it. Search it out, and tackle it. Do something no one has done. Set your sights on something seemingly impossible. It will be the thing that sets you apart from the rest. Is it difficult? Good. Then probably nobody else will bother to do it. You be the one to do it. And we promise, you will stand out.”

Jon Wee and Owen Morse: “It is the ultimate story of risk, dreams, science, and accomplishment. But after you’ve spent hours reliving that event, use the inspiration to set your sights on your own moon landing. Set a crazy goal, maybe one that only you believe in. Then do it. Because it is hard.”

Continuing: “Once we decided that juggling people was our goal, it took us four years to accomplish it. There were experiments, failures, various premises and versions, starts and re-starts. Many thousands of dollars were spent on equipment, consultants, plans, riggers, and eventually a free-standing rig that we could set up anywhere, to perform this piece. Friends volunteered as test subjects. It is the most time and money we have spent, and the hardest we’ve worked, and we are pleased that it finally paid off!”

“Houston, we have a… solution!”

Solve your speaker problem with The Passing Zone, for an event that is out of this world!

The Passing Zone’s performances are exciting, and timely. Just like the Apollo 11 moon landing in 1969, everyone will be talking about that amazing demonstration of teamwork and precision, which is what Jon & Owen’s keynote perfectly demonstrates. In addition, their “People-Juggling” piece is interactive, thrilling, and involves 3 people from your group who will fly around the stage as hero “jugglenauts!”

This keynote goes where no keynote has gone before!