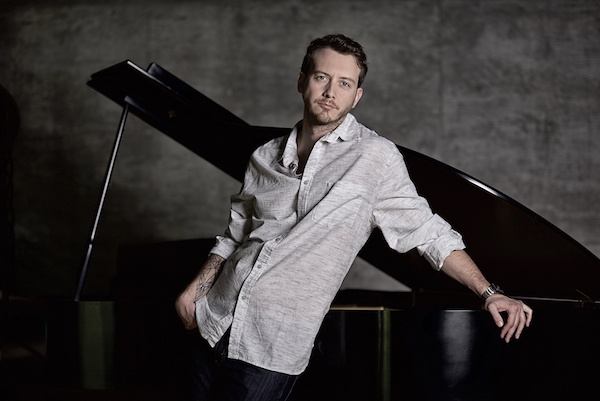 Reuel loves to stretch the imagination of audiences with medley arrangements, original compositions – and now he treats us with his new release of the reimagined solo piano arrangement of Beethoven’s Für Elise. The track is from Classical, his recent album of famous classical music themes arranged, and in some cases extensively reimagined, for solo piano. His new upcoming album Transformation album will spotlight original music that combines electronic dance tracks with piano melodies played in a classical style and will be released in September.

Where did Reuel get his inspiration for his scintillating, virtuosic version of Beethoven’s beloved Bagatelle in A Minor? According to Reuel: “Almost every one of us, if we studied piano at all, played this beautiful composition, popularly titled “Für Elise,” at one time or another… As a pianist, I have always dreamed of rearranging Beethoven’s iconic melody ‘Für Elise’ in a more advanced classical style. This presto version begins in familiar territory and expands each part of the original composition in a Theme & Variations structure with virtuosic and modernized piano arrangements.”

The Las Vegas-based pianist has been a jack-of-many-musical-trades: pianist, composer, film scorer, improviser, teacher, even music education app developer. As a performer and recording artist, he spans the worlds of classical, pop, film, and EDM. He performs classical music, creative arrangements of popular music, and originals. Reuel provides beautiful and elegantly synced video visuals in the background to coordinate with his musical arrangements. Reuel performs concerts of solo classical material, as well as solo pop piano with live string players and custom synched backing tracks. He also performs as a five-piece pop band and performs in a classically trained trio formation.

Reuel has won 1st place at the United States Open Music Competition, DeBose International Piano Competition and the Bradshaw & Buono International Piano Competition (Performing in the winner’s recital at Carnegie Hall). Some of Reuel’s most notable career performances include shows at The Long Center for the Performing Arts and the historic Paramount Theater in Austin, TX. Reuel has performed his crossover piano shows in venues at Caesar’s Palace, The Venetian Hotel, Four Seasons Hotel, and Hilton Resorts on Lake Las Vegas. In 2016 Reuel was the featured pianist during the christening of Holland America’s MS Koningsdam in Rotterdam by Queen Máxima of the Netherlands. He has performed for multiple charities including The American Red Cross.Reuel has received interviews on FOX News Houston, Austin American Statesman, PianoAddict.com, NSide Magazine, CultureMap Houston, and Influential Magazine. In 2015 Austin.com mentioned Reuel as “The most talented pianist in Austin.”Reuel’s Youtube Channel has received over 2 million views.