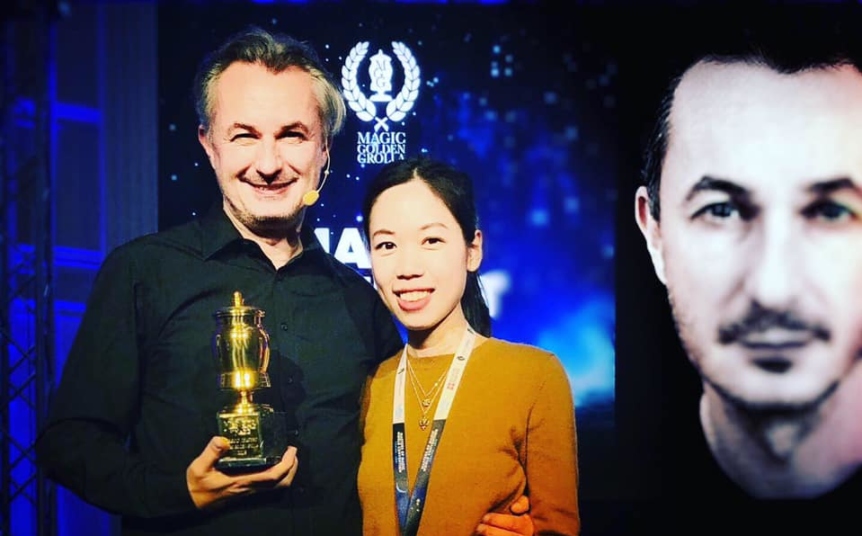 Cyber-ilusionist, Marco Tempest, was awarded the Golden Grolla [Grolla d’Oro] prize. He received the prestigious award at the Royal Palaces from the King of Italy Family, UNESCO Heritage site in Turin. 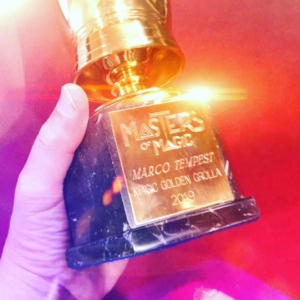 Established in 1953, the Grolla d’Oro is one of the oldest and most prestigious arts awards distinguishing the best international artists in film, television, journalism, music and magic. 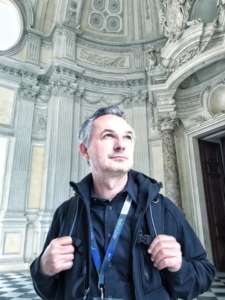 Marco Tempest is a frequent keynote speaker at tech conferences around the world, a creative consultant at the NASA Jet Propulsion Laboratory,  an Accenture Luminary and the Accenture Lead Consultant for Extended Reality, and a Directors Fellow at the MIT Media Lab. Marco is executive director of the NYC MagicLab, a science consortium exploring illusion and digital technology. Applications include media, marketing, entertainment and the prototyping of future technologies via immersive experiences.

Marco is deeply embedded in the tech industry and has regular interactions with product teams in an advisory capacity or as consultant or developer for prototype consumer technologies. He currently serves as an Accenture Luminary and the Accenture Lead Consultant for Extended Reality.