Marco Tempest At The Agumented World Expo In Santa Clara 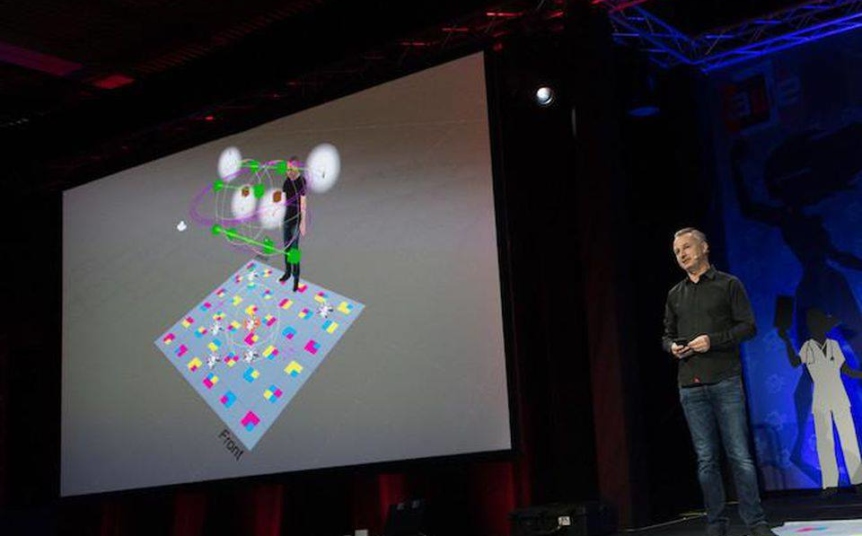 The 9th annual Augmented World Expo at the Santa Clara Convention Center, May 29th to June 1st, 2018, was a celebration of AR’s progress. The conference featured over 400 speakers on five tracks talking about topics popular, obscure, conceptual, and technical.

Marco Tempest, Creative Technologist at JPL followed Inbar with one of the most mesmerizing performances ever seen at a conference. He combined mixed reality, storytelling, gestural sensing, and swarm robotics to give us a glimpse of a delightful augmented future right now. Tempest seemingly levitated a score of drones he programmed in advance using VR. The drones followed a choreographed array of floor markers while Tempest’s gestures seemed to control their moves until they dramatically put themselves away in a waiting trunk. Tempest’s website describes him as “virtual magician” though what he accomplished was no trick. It was a stunning illustration of the creative potential of new technology. 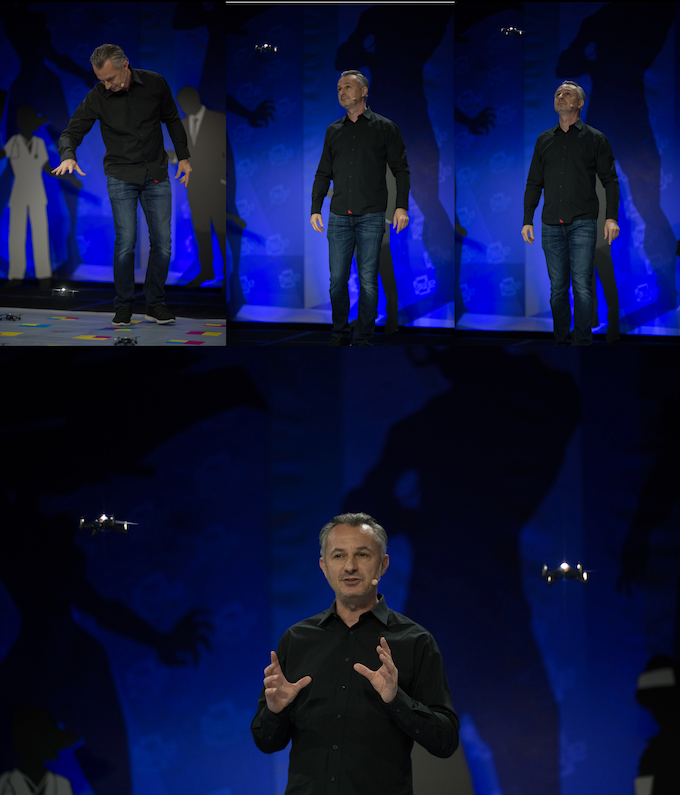