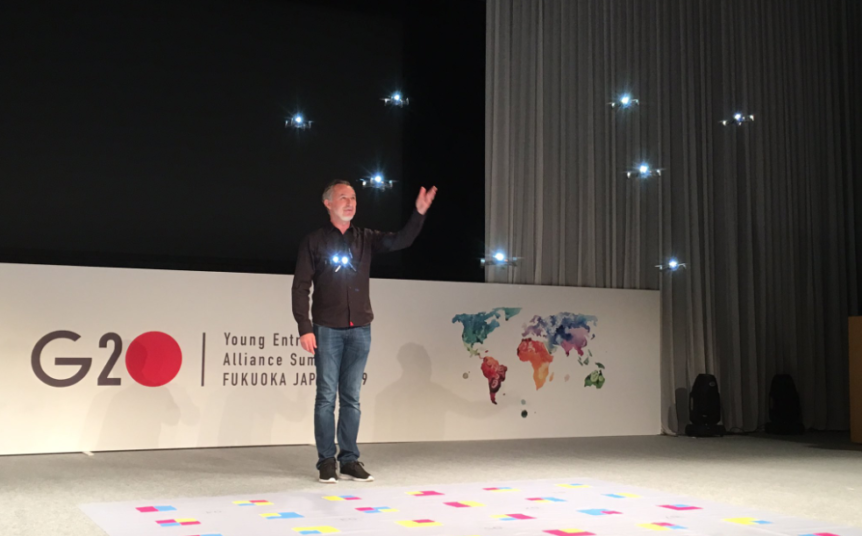 Marco Tempest discussed the impact that extended reality can have on economic and societal growth. Tempest also showcased his mini drones during the Fukuoka G20 Young Entrepreneur’s Alliance presentation. 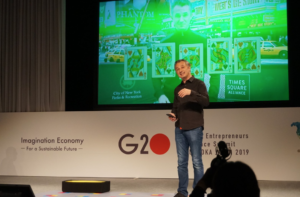 The G20 Young Entrepreneurs’ Alliance (G20 YEA) is a global network of approximately 500,000 young entrepreneurs and the organizations that support them. This gathering builds upon a tradition of collaboration between the world’s young entrepreneurs that began in Italy at the 2009 G8 summit and continued at successive G20 YEA Summits in Canada, France, Mexico, Russia, Australia, Turkey, China and Germany. Each summit releases detailed communiqués to engage the G20 Leaders and other bodies, deepening shared understanding of the importance of entrepreneurship and presenting ideas to advance it.

Marco Tempest is a frequent keynote speaker at tech conferences around the world, a creative consultant at the NASA Jet Propulsion Laboratory,  an Accenture Luminary and the Accenture Lead Consultant for Extended Reality, and a Directors Fellow at the MIT Media Lab. Marco is executive director of the NYC MagicLab, a science consortium exploring illusion and digital technology. Applications include media, marketing, entertainment and the prototyping of future technologies via immersive experiences.

Marco is deeply embedded in the tech industry and has regular interactions with product teams in an advisory capacity or as consultant or developer for prototype consumer technologies. He currently serves as an Accenture Luminary and the Accenture Lead Consultant for Extended Reality.