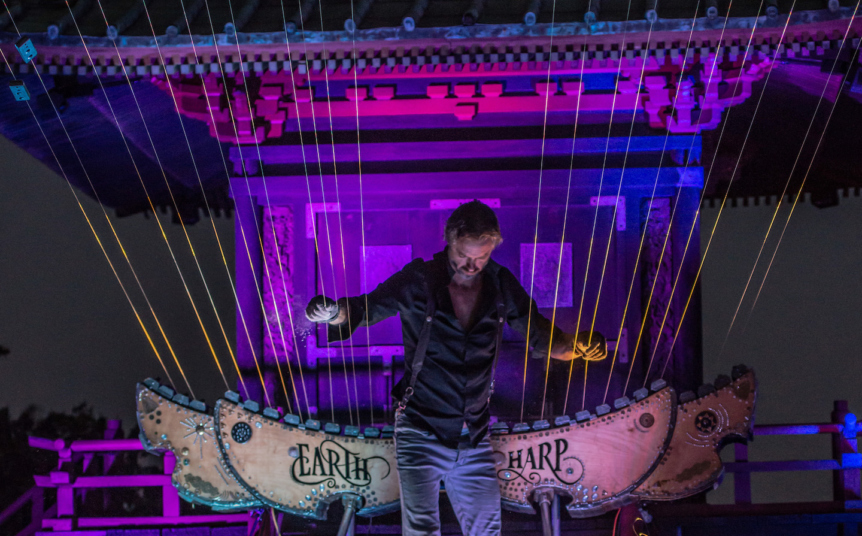 William Close and his famous Earth Harp performed at Yamashiro’s Pagoda Bar last week. This magical evening was 7 years in the making! The owner of Yamashiro’s Pagoda Bar first saw The Earth Harp at Burning Man in 2011, and was determined to bring it’s magic to the Night Market. In 2015, he finally met William in person and shared his vision, and now three years later, it finally all came to fruition. 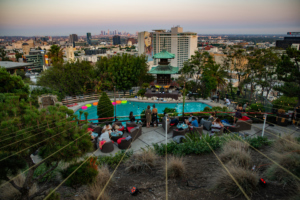 Re/creation Café presented Summer Nights Concert & Pool Party at Yamashiro Hollywood’s Pagoda Bar, featuring an open-air performance by William Close and his Earth Harp. Guests experienced the feeling of being inside the instrument, as the Earth Harp strings played overhead, resonating through the audience below. The pool was open to guests during the performance. Guests were invited to bring blankets and pillows for open seating around the pool. It was an intimate evening under the stars.

William Close & The Earth Harp
William Close is an inventor and musician, best known for his Earth Harp, a larger than life harp which he has suspended across canyons, andanchored to the tops of skyscrapers. He has toured around the world playing music at numerous events, concerts, and cruises, and currently holds the Guinness World Record for the longest stringed instrument. Close gained international recognition when he appeared on America’s Got Talent in 2012, and finished third overall. 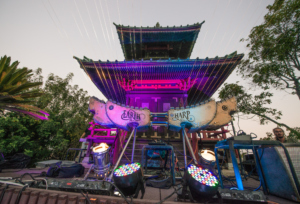 History of the Pagoda Bar
Yamashiro’s Pagoda Bar is a magical outdoor bar, perched above Hollywood, with a majestic view, century old gardens, and a 600 year old pagoda brought over from Japan. The name Yamashiro translates as “Mountain Palace” in Japanese. In 1911, the Bernheimer brothers began construction of the hilltop mansion to house their priceless collection of Asian treasures. Hundreds of craftsmen were brought from the Orient to recreate the replica of a palace located in the “Yamashiro” province mountains near Kyoto, Japan. Yamashiro sits 250 feet above Hollywood Boulevard and was completed in 1914.