William Close performs at virtual Lightning In A Bottle festival 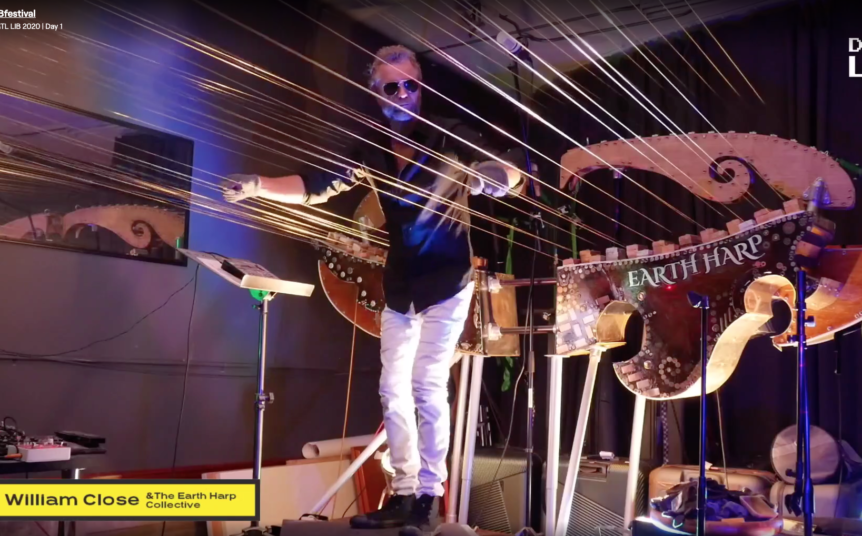 William Close and The Earth Harp performing at Lightning In A Bottle – a virtual festival. 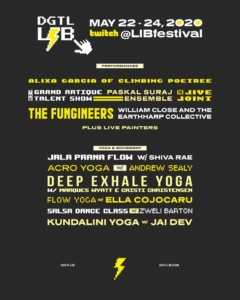 Silhouetted figures dancing around 3D geometric structures, as the sun sets over a backdrop of rolling hills. Pools of water ripple and reflect light and one shot even captures a bit of the behind-the-scenes action: several golf carts parked just off a dirt path between stages.

All of these scenes will be familiar to the seasoned festival goer. But there’s a catch. No one is going anywhere this summer — at least not to massive outdoor music festivals like Lightning in a Bottle. However, electronic music fans can still dance along from home as they tune into the digital world created for this year’s LIB.

Although it was initially called off in the wake of the novel coronavirus pandemic, this week, Do LaB — the production company behind the Lightning in a Bottle Art and Music Festival — would return Memorial Day Weekend after all. Only now it is a streaming event, dubbed DGTL LIB. 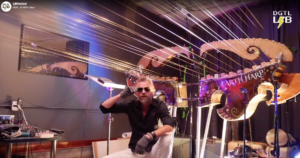 Along with SXSW, Coachella, and many other high-profile music and arts festivals, the perennial Southern California event was cancelled at the start of the year after COVID-19 decimated all prospects of a festival season for Summer 2020 — and beyond.

William Close – Lightning in a Bottle alumni – will be performing on Sunday 6:50pm a mini Earth Harp set for DGTL LIB. 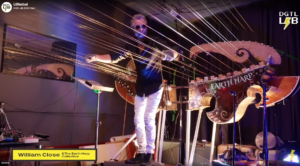