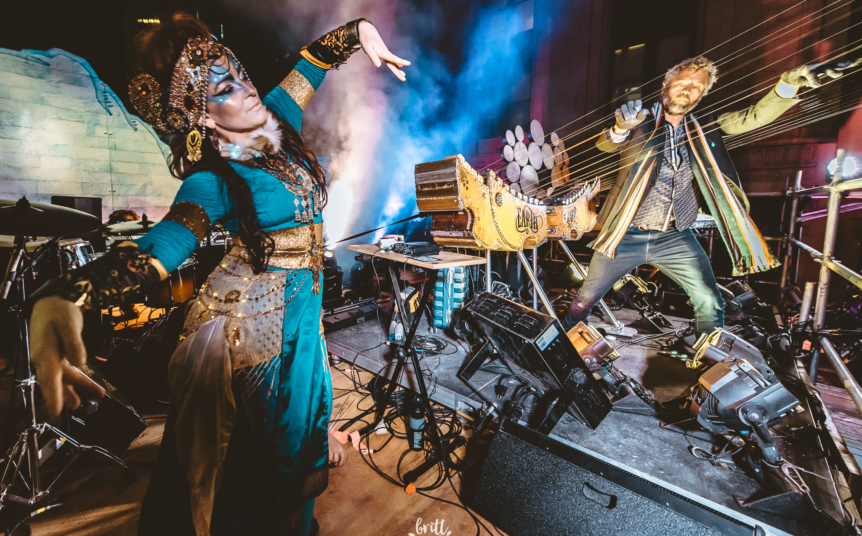 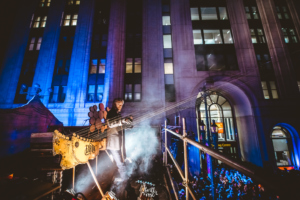 The 2020 Glow Winter Festival in Calgary stretched out over a four-block section of Stephen Ave and lasted for three days. Thousands of people partook in the third annual festival. There was something for everyone from ice carving, cozy drinks at the ice lounge, spectacular lights, and the Earth Harp’s larger-than-life installation. The event included live music with 35 different artist performing, including a breath taking performance from William Close and his Earth Harp Collective.

William Close set up his Earth Harp on the 300 west block and attached the strings to the Galleria trees. Not only was the performance a beautiful sight for the eyes, it also was a treat for the ears. 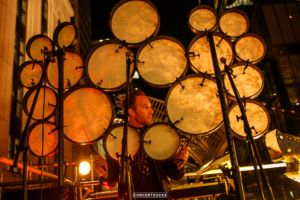