Show. And Tell. with The Passing Zone, issue #34 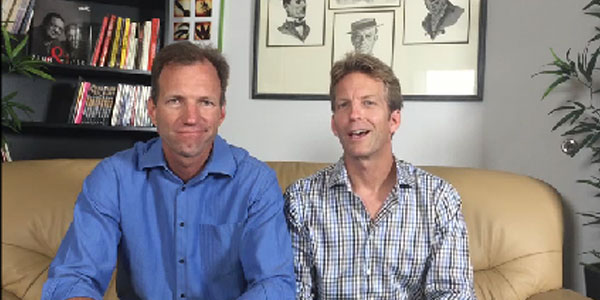 Article written by: The Passing Zone

ON YOUR MARK, GET SET, GOALS!

Last weekend, on March 3rd, Sir Roger Gilbert Bannister died. Bannister was the first person to run one mile in less than four minutes. It happened on May 6th, 1954 at Iffly Road Track in Oxford, England. When his time was announced, “The time is three…” the cheers of the crowd drowned out the actual time of 3 minutes, 59.4 seconds.

The sub-four-minute mile was once thought unattainable. But eventually people were getting close. After a disappointing showing in the 1952 Olympic Games in Helsinki, Bannister decided that he would set his sights on the four-minute mile. He came close over the next couple of years, as did several other prominent runners from around the world. And eventually, on that day in 1954, Bannister made history.

As you see from ESPN’s “Amazing Games” footage, a lesser-known four-minute mile goal was achieved by a group of four professional jugglers (Owen Morse, Jon Wee, Albert Lucas, and Tuey Wilson), on the track of the UCLA campus, on July 20th, 1990. The previous two years, we had “joggled” (running while juggling) a four-person mile relay, at the International Jugglers’ Association annual convention, hoping to break that four-minute mark. It was not until our third try, and after some serious athletic training, that we finally succeeded. As you can see, the announcement of our time was not drowned out by the cheers of the crowd in attendance. Nonetheless, they cheered, and it was an exciting moment!

Goals are important. They drive us to perform at our best, and keep us striving to improve. But there is an art to setting goals. If your goals are too low, and easy to achieve, we may feel good that we succeeded, but we will be underperforming. Yet if we set goals that are literally unachievable, we will always come up short. Never reaching a goal can be enough to lead one to quit trying.

Set goals which are achievable – but barely! Push yourself. Do you want to compete in the Olympics? Go for it! Be the number one salesperson in your company? You can do it! Become mayor of your town? Why not? It is time to set some goals for yourself that will push you to be your absolute best. And when it takes you a long time, or numerous attempts, and some failures along the way… the taste of success will be extra sweet!

Sir Roger Bannister’s world record of 3 minutes 59.4 seconds stood for only 46 days, when it was broken by Australian rival John Landy with a time of 3 minutes 57.9 seconds. Our world record still stands today (10,093 days and counting), almost 28 years later.