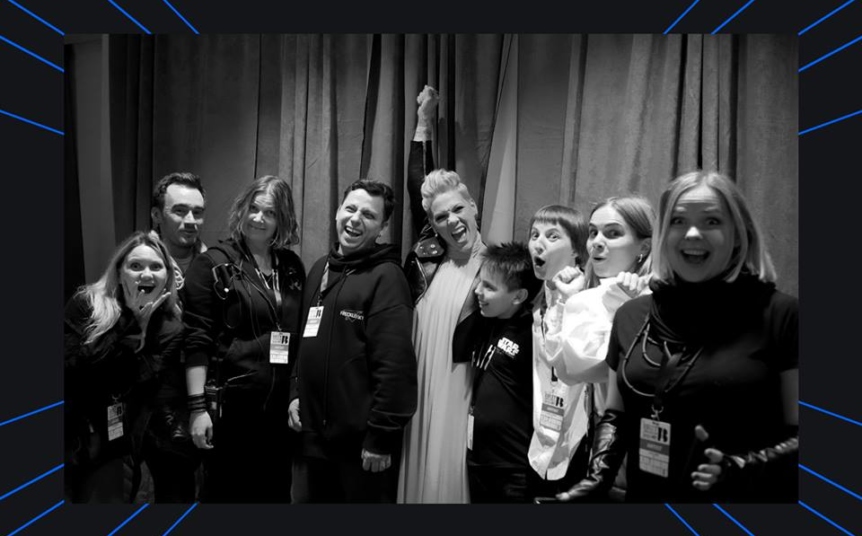 Freckled Sky’s interactive water projection performance became part of P!nk’s sensational show for the BRIT Awards 2019. P!nk capped off the special night with an epic performance of some of her biggest hits, which served as a breathtaking reminder of why she was this year’s recipient of the outstanding contribution to music award.

Freckled Sky said that it had been an unbelievable experience working with P!nk and Baz Halpin on this project.

The 2019 Brit Awards was held on 20 February 2019 at the O2 Arena in London. It was the 39th edition of the British Phonographic Industry (BIP) annual pop music awards.

The singer kicked off her medley with her latest single, “Walk Me Home”, which she had just released hours before. She sang in a fuzzy robe as she made her way from a dressing room to the stage. Switching to a billowy red feather cloak, P!nk descended upon center stage in an aerial hoop for “Just Like Fire,” which of course included plenty of flames.

The song “Try” featured Freckled Sky‘s striking visuals and rain pouring down on both P!nk and one other dancer. The moving performance left the audience in awe.