Miri Ben-Ari speaks at TEDx: How to make the violin cool 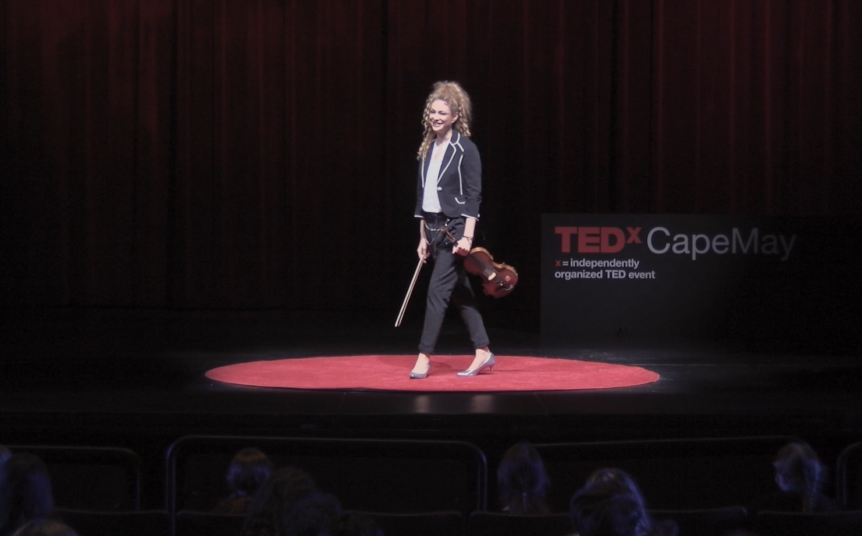 Miri Ben-Ari speaks at TEDx Capemay: How to make the violin cool.

From being bullied to winning a Grammy, what does it take to follow a dream and create something new? “Dare to be creative, dare to think outside of the box, the violin box,” says Miri Ben-Ari. In Miri’s Ted talk you will learn about six traits you must have when pursuing a new idea and how Miri Ben-Ari was able to transform the classical violin to a featured instrument in Hip Hop, EDM, and Afrobeats, collaborating with some of the biggest artists such as Jay-Z, Kanye West, John Legend, Alicia Keys, Aventura, Armin Van Buuren, and Diamond Platnumz.

Grammy Award-Winning violinist/producer/humanitarian, “UN Goodwill Ambassador of Music” to the United Nations, a featured blogger, and CEO of the non-for-profit organization Gedenk, promotes Holocaust awareness and tolerance to young people. Miri Ben-Ari, originally from Israel, has created her own unique music; a revolutionary fusion of classical, Hip-Hop, soul and dance.

Ben-Ari has been the face of many promotional campaigns, including  Reebok, Vodafone, Pepsi , Coca-Cola and Harman Kardon.