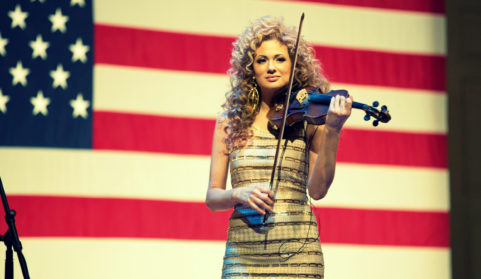 Violinist / Producer Miri Ben-Ari is scheduled to perform on May 26th at the 500 Festival Parade and Snakepit Ball event. IPL 500 Festival is one of the largest festivals in the nation, each year more than half a million people attend an event or program produced by the 500 Festival. Since its founding, the 500 Festival has contributed more than $400 million in economic value to Indianapolis. Festival’s events showcase the city on a world stage, this year’s Parade theme celebrates light and technology; Illuminate. Innovate. Indianapolis.

The 500 Festival Snakepit Ball is the most exclusive party attracting celebrities and VIPs in town for race weekend. Event headliners are Grammy Awards Winning Violinist and Producer Miri Ben-Ari and Dance group iLuminate to represent the theme for this year’s KeyBank 500 Festival Snakepit Ball: “The Future of Speed” to be incorporated into all facets of the event – from sleek, futuristic décor to gourmet food stations art and music.

For more information about the IPL 500 Festival please visit HERE