Michael Cavanaugh Joins Charlotte Symphony For the Music of Elton John and More! 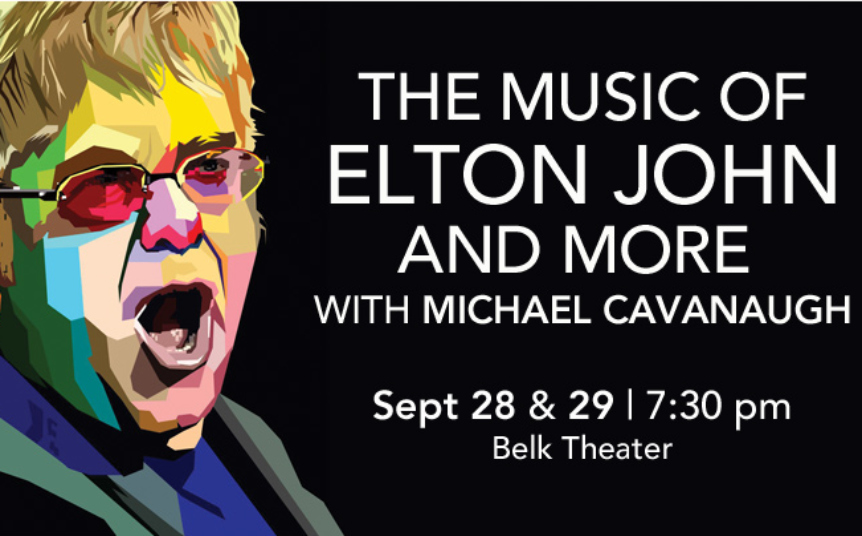 Grammy- and Tony-nominated Michael Cavanaugh joins Charlotte Symphony to perform the  music of Sir Elton John on the 28th and 29th of September, 2018. Hear all the hits including “Crocodile Rock,” “Bennie and the Jets,” “Rocket Man,” and more! Plus, hear other classic rock favorites such as “Live and Let Die” and “Pinball Wizard” in a high-energy show that will have you singing along.

Michael’s professional career began at age 12 in his hometown of Cleveland, Ohio. Since then this talented pianist and vocalist has performed all over the US and Europe. In addition to him being an accomplished entertainer, he has been the voice of an Emmy Award winning kids show character. He plays several instruments but is best known for his vocal and piano talent.

In addition to touring symphony orchestras,  Cavanaugh also performs in the private event sector. At private events Michael performs several of Elton John’s and Billy Joel’s greatest hits, but mixes up the rest of the set with classic pop/rock tracks by The Beatles (“Twist & Shout”), The Rolling Stones (“Brown Sugar”, “Honky Tonk Woman”), Jerry Lee Lewis (“Whole Lotta Shakin’ Goin’ On”, “Great Balls of Fire”), Van Morrison (“Brown Eyed Girl”), Lynyrd, Skynrd (“Sweet Home Alabama”), Bob Seger (“Old Time Rock & Roll”), and nearly any other major artist you can think of. Michael is like a human jukebox and knows thousands of songs. And he also knows how to get your guests on the dance floor.