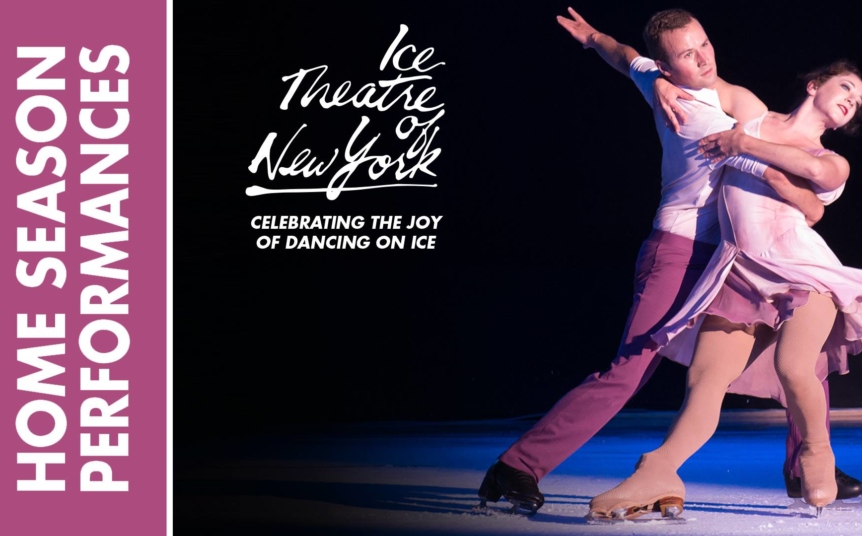 Ice Theatre of New York‘s 2018 Home Season will take place on October 12, 13 and 15 and will feature the amazing Quebec ice artist, Elladj Balde who received a standing ovation after his recent performance at the 2018 Canadian Nationals. “If there was a gold medal for skating with heart it would go to Elladj Balde.” -CBC Sports.

The Home Season will feature the World Premiere of four pieces. The first by Ensemble Director, Elisa Angeli which will be a group piece set entirely to the soundtracks of Fellini Films. The second is a solo by Lorna Brown from the world-renowned John Curry Company. The evening will also include two premieres by ITNY Ensemble members, a new solo by choreographer Joel Dear and a piece by Sally Jeanne Watkins titled “Helium” that will meld together the artistry of figure skating, pole dancing and aerial arts. In addition to the premieres ITNY will be reprising works from their illustrious repertory including “2:1” by ice and dance choreographer David Liu and “Love Runs Out” by Elisa Angeli. 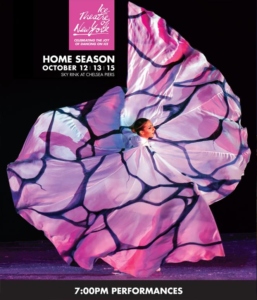 Monday, October 15 will be ITNY’s Benefit Gala and Performance which will honor World and Olympic Champion Kristi Yamaguchi, Ice Angel Violet Eagan and Stephanee Grosscup and Kenny Moir with the ITNY Alumni Award.

Performance only tickets range from $25 to $50. Limited VIP on-ice seating. Performances start at 7:00 P.M. Get your tickets here.

Since its inception in 1984, Ice Theatre of New York has delivered sleek, elegant and powerful performances all over the world.

Working with leading choreographers in dance and figure skating, Ice Theatre has raised ice skating to the level of high art with their unique performances for corporations, sporting events, spectacles, fairs and festivals.

Ice Theatre collaborates with producers and clients to create customized high-quality theatrical experiences using world-class skaters. Founder and Director Moira North was named by International Figure Skating magazine as one of the “25 Most Influential Names in Figure Skating” –  an honor shared with Michelle Kwan, Scott Hamilton and Kristi Yamaguchi.