Freckled Sky has been shortlisted for Knight of Illumination Awards for Video Design & Graphic Display in the Television category with the live multimedia performance for James Arthur on Britain’s Got Talent.

The judges of The Knight of Illumination said: “All the creative elements, including two layers of projections, are used to great effect. The graphics are carefully choreographed to intertwine with the dancers, the set and the traditional lighting to create something beautiful and poetic.”

The Knight of Illumination Awards ceremony and gala dinner is held in London on September 15th, 2019. 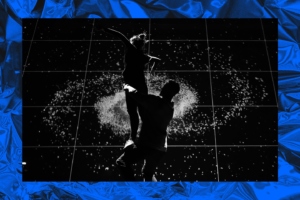 The Knight of Illumination Awards (KOI) is the ultimate showcase of entertainment lighting and video design work in the UK. Judging is conducted by three panels of industry experts in conjunction with prestigious industry organisations the ALD and the STLD.

Since its conception in 2007 KOI has continued to grow in stature and is now the most credible and sought after UK industry awards to celebrate lighting, projection and digital content design for entertainment. KOI recognises work broadcast or performed in the UK across the fields of Television, Theatre and Concert Touring and Events.The two British associations of lighting designers the STLD and the ALD alongside the KOI committee ensure that the annual Awards go to practitioners who display unfaltering professionalism and integrity in their work across all scales of production.