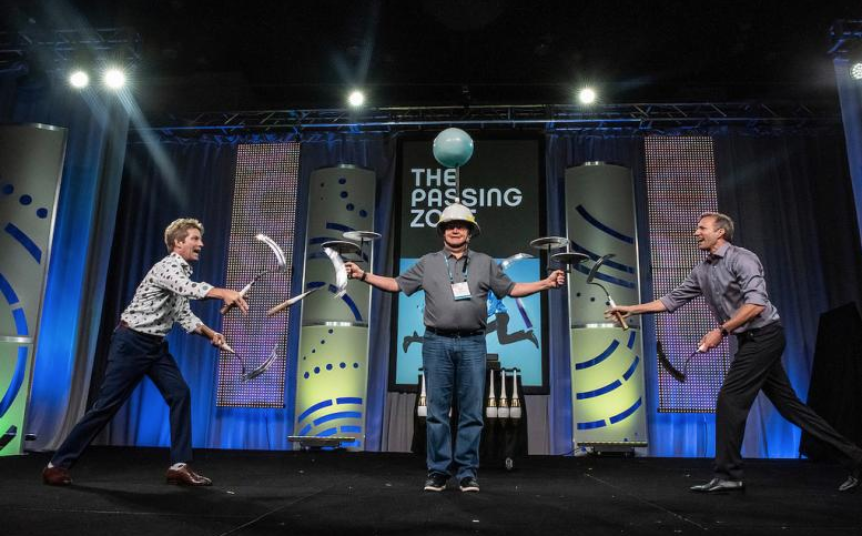 The Passing Zone gave away a heart-stopping and hilarious juggling act during the Annual FICP Conference. The Passing Zone recruited Dave Muir, director, distribution event services at Sun Life Financial, to help them out with their daring act. Later on, Mike Lifson, CMP, CMM, senior meeting planner, Liberty Mutual, was also subjected to the Passing Zone’s antics. Both men, gracefully took one  for the team. 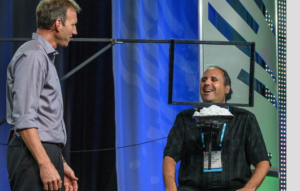 FICP recently wrapped up its 2018 Annual Conference, which brought together attendees for four days of timely education and several unforgettable networking opportunities. Attendees were captivated during three keynote presentations that spanned topics like achieving breakthrough performance, teamwork, customer service and more, and Master of Ceremonies Andy Buckley kept the crowd laughing  during general sessions. Attendees also had the chance to choose from a variety of breakout sessions focused on emerging tech, mindfulness, risk management and many other topics.

Networking at this year’s event was unlike past Annual Conferences, and attendees had ample time to connect during three dedicated evening events, a networking lunch and an interactive CSR activity. Plus, the Meeting Zone offered a place to connect throughout the event.

The Passing Zone have been awarded five Guinness World Records and 18 Gold Medals from the International Juggler’s Association. They were recently presented with that organization’s Award of Excellence, for “excellence in the art of juggling through professional performance,” which is the most prestigious award in juggling (essentially the Juggling Hall of Fame), given to only thirteen acts worldwide.

In addition to their corporate appearances, The Passing Zone can be seen performing their full evening show titled “Gravity Attacks!” in theaters and performing arts centers nationwide.