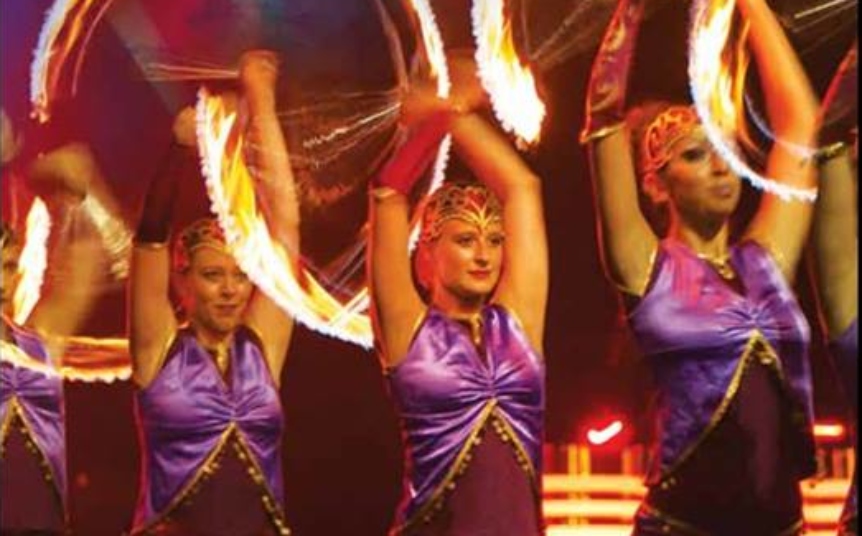 Phoenix Fire Dancers will perform at the Festival of Wonder at Silver Dollar City this Summer. Phoenix is back in the United States again after a vast of successful productions in China, Saudi Arabia and Europe. Phoenix will feature their new light show with the newest LED technology, and their signature Phoenix Fire Performance!

Prepare to be wowed during the Festival of Wonder at Silver Dollar City. This three-week festival is set to take place at the internationally awarded 1880s-style theme park in Branson, Missouri. During this festival, gorgeous music will be played on instruments you’ve never heard before and you can watch incredible works of art being created at an astonishing speed, and Phoenix Fire Dancers will showcase their signature Phoenix Fire performance with the latest LED technology and exciting pyrotechnics. Drawing deeply from mythology, ancient cultures and a vision of an enlightened future, The Phoenix Fire Dancers will lead audiences on a mystical journey through timeless space.

Phoenix Fire Dancers is a company that for the last twenty-five years has led the way in putting the ‘Wow’ back into entertainment. Phoenix constantly pushes the boundaries of entertainment, inventing new forms of production and initiating original ways of presentation.

Phoenix has traveled the world learning movement techniques from different cultures and developed these techniques and combined them with modern circus elements, concert/stadium based special effects and the dynamism of dance culture and electronic sound production, creating a new energetic, eclectic style of performance. 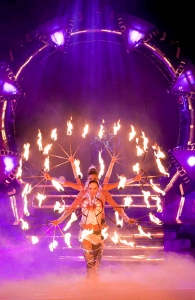 Since 1992 Phoenix has been weaving fiery magic and surreal “color-scapes” across the globe, creating cutting-edge shows for a wide variety of entertainment requirements. The troupe consists of international and Olympic athletes, dancers, musicians, martial artists, visual artists and technical experts. All masters in their own disciplines as well as branching out in the many different aspects of the company, producing a well-oiled and multi-talented team. The music has been created specifically for Phoenix by Taliesin, Austria’s top electronic music producer.