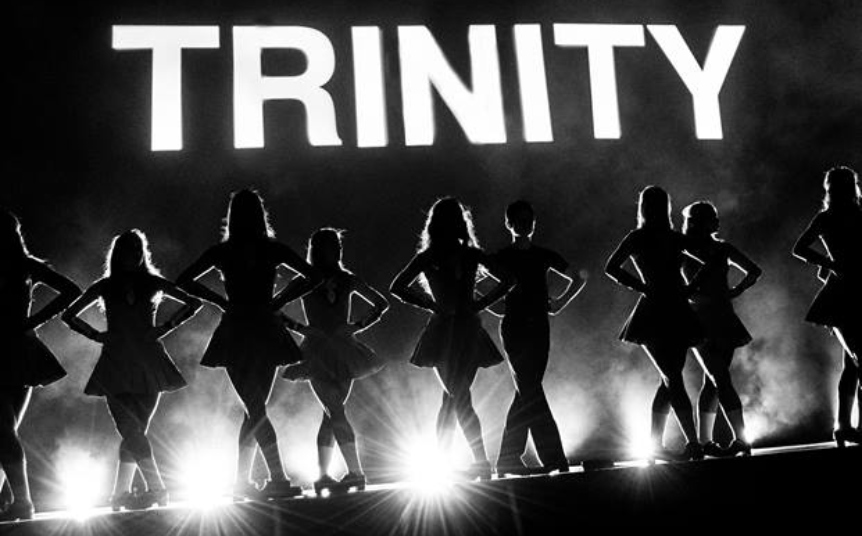 Trinity Irish Dance Company is celebrating Chicago’s extraordinary dance scene, the “Made in Chicago” 312 Series, presenting artists and dance companies direct from the 312 area. Trinity is set to perform at Chicago’s historic Auditorium Theatre on February 2, 2019 at 7:30 PM.

Trinity Irish Dance Company is known as the birthplace of contemporary Irish dance and is returning to Chicago for the first time in over a decade. Called “sophisticated and commanding” by the Los Angeles Times and “impossibly complex” by The New York Times, Trinity has sold out shows around the world and at distinguished venues throughout North America, including the Kennedy Center in Washington, DC; the Joyce Theater in New York City; and Royce Hall in Los Angeles.

The company has also made memorable appearances on television shows like Conan, The Tonight Show, and Good Morning America. This one-night-only appearance includes the world premiere of the company’s most ambitious work to date, An Sorcas (The Circus) a collaborative work created by Founding Artistic Director Mark Howard and Associate Artistic Director Chelsea Hoy that comments on the juxtaposition between substance and spectacle, along with classic works like Howard’s Soles, a tribal and timeless explosion of lightning-fast agility. 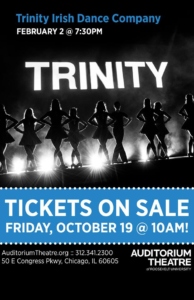 Winners of an Unprecedented Seventeen World Championships for the United States, Trinity Irish Dance Company (TIDC) quickly dispels whatever notions you may have about Irish dance. The company dazzles audiences with hard-driving percussive power, lightning-fast agility, aerial grace, and the awe-inspiring precision of its dancers that led them to win an unprecedented 17 World Championships for the United States.

Get your tickets for the performance on February 2, 2019 at 7:30PM here: Chicago’s Auditorium Theatre.