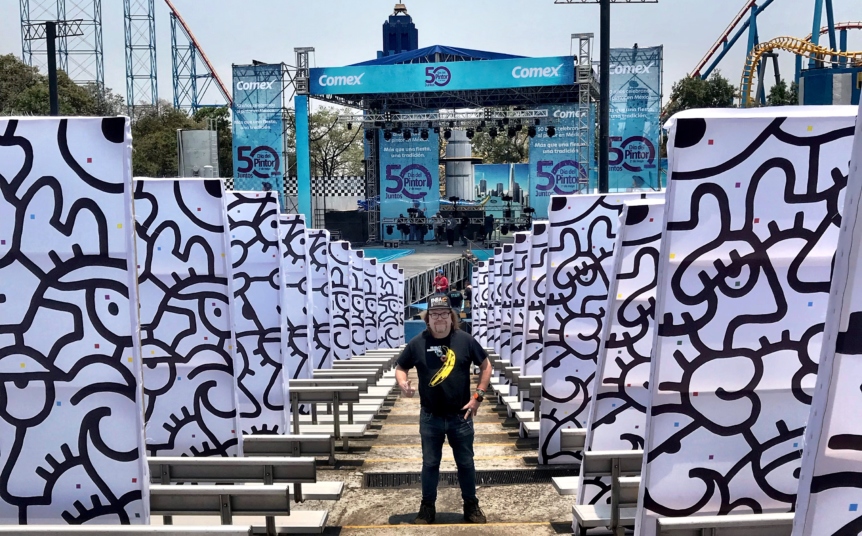 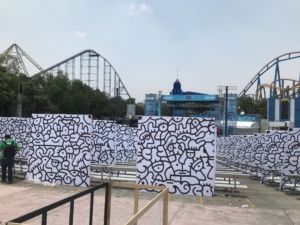 Día del Pintor (Painter’s Day) by Comex was celebrated last week in Six Flags México. Comex and Six Flags México organized a day full of exciting entertainment and an attempt to set a new World Record. Billy The Artist was invited to paint over 500 panels with his signature art. Over 3,000 people helped coloring in the black and white panels of his art. It was the largest work of art ever to be seen in Mexico. 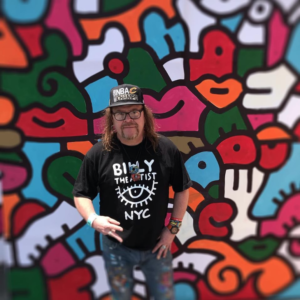 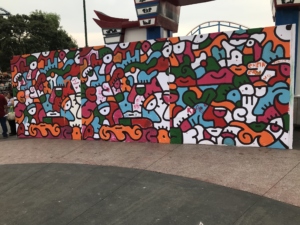 Billy The Artist has appeared on MTV, NBC, ABC, CBS, CNN, FOX, TLC, DISCOVERY, 60 MINUTES and other feature programs all over the world. For the world launch of Billy’s watches for Swatch, he painted a 40×30 foot mural live in front of 30,000 people while 300 foot animated projections of his work adorned the walls of Piazza San Marco in Venice, Italy during the Venice Biennale. BTA was also one of the first American artists to be allowed by the Chinese government to paint live on the famous Bund in Shanghai.Mural projects include Woodstock 99, Art Basel Miami, Casa Décor Miami, Delaguarda, The Rio Casino Las Vegas, numerous buildings in New York and Switzerland and the Broadway, National, and London productions of the musical  RENT. His paintings have hung at the prestigious Forbes Gallery, The Armory as well as galleries in New York, Hamburg, Tokyo, South Korea, Mexico City, Chicago, Miami, Orlando, New Orleans, Austin, Cleveland, Carib Fine Art in Curacao, Minsheng Art Museum Shanghai, Surge Art Fair Shanghai, Foxx Galerie Zurich, and The Museum of Comic and Cartoon Art. Billy has been published in Rolling Stone, Vanity Fair, Vogue, Elle, US Weekly, Juxtapoz, Entertainment Weekly, The New York Times, and numerous other magazines and newspapers around the globe.

Billy The Artist is available for corporate and non-ticketed events.