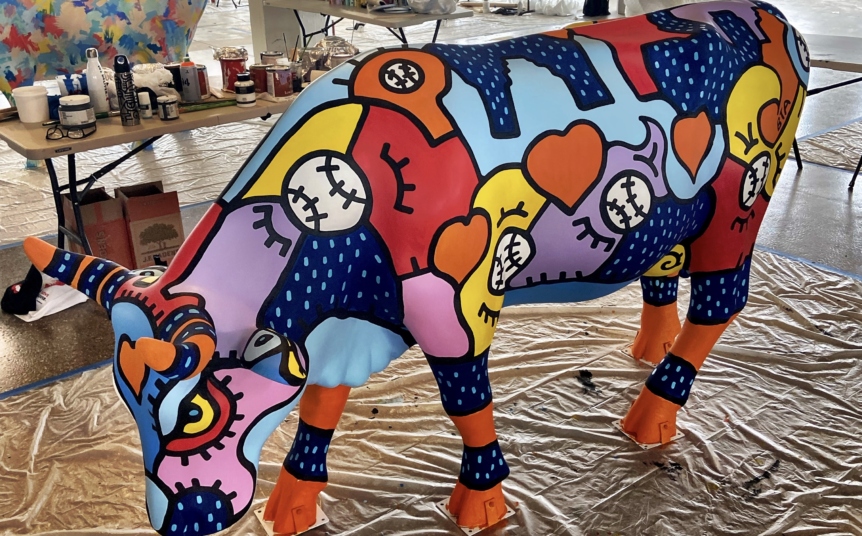 God’s Love We Deliver is excited to announce that the CowParade is coming back to New York City this summer. Billy the Artist will join the parade with two of his new cows.

The CowParade became famous in the city in 2000. The CowParade public art event during the summer of that year, culminated in a live auction that raised hundreds of thousands of dollars for New York City non-profits including God’s Love We Deliver.

The Mayor’s Office estimated that some 45 million people came to see the cows during the three months of the exhibit. Since its inception in 1999, the CowParade has gone on to stage another 90+ public art exhibits in 34 countries with more than 6,000 life size fiberglass cows painted and imaginatively transformed by many thousands of global artists and sculptors. God’s Love is thrilled to be staging the 100th global CowParade event this August.

Billy the Artist was personally chosen by the Cohen’s (Mets owners) to paint two cows for their two charity foundations. The cows will be on display at the Hudson Yards, NYC starting August 18th. Billy the Artist was the main artist for the original New York CowParade 21 years ago.

Billy The Artist (BTA), the Manhattan-based creator, says this year’s CowParade feels like a homecoming. 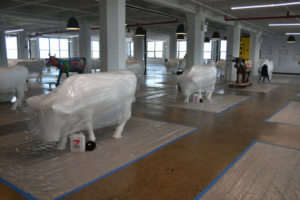 Cows will be looking to keep the city moo-ving come August during the return of the famed CowParade.

The public art event dates back to 2000, when a three-month display of ceramic cows helped bring in hundreds of thousands of dollars for New York City non-profits like God’s Love We Deliver, this year’s primary sponsor.

Colorful cows will be on view from August through September at Industry City, where 75 different artists from around the world are currently putting the finishing touches on their not-so-livestock. At the end, the carefully curated cows are put out to pasture — and sold by auction to the highest bidder.

Though CowParade began in New York, organizers say they’ve gone on to stage another 90-plus public art exhibits in 34 countries worldwide. To date, more than 6,000 life-size fiberglass cows have been transformed by countless creators, and this summer marks CowParade’s 100th international event. 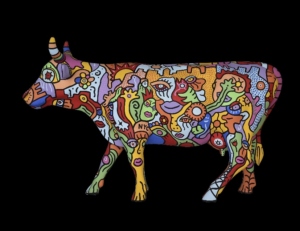 Billy The Artist, a creator who has participated in the CowParade since its first Moo York Celebration, said the show’s stars were chosen for their playful but gentle nature.

“Cows were our chosen animal of choice because they are seen as whimsical, quirky and never threatening,” he said.

“I painted the first cow to be presented in the first CowParade 20 years ago,” he told Brooklyn Paper. “I am happy to be back and help such a wonderful organization.” 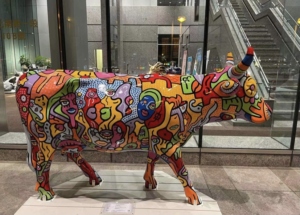