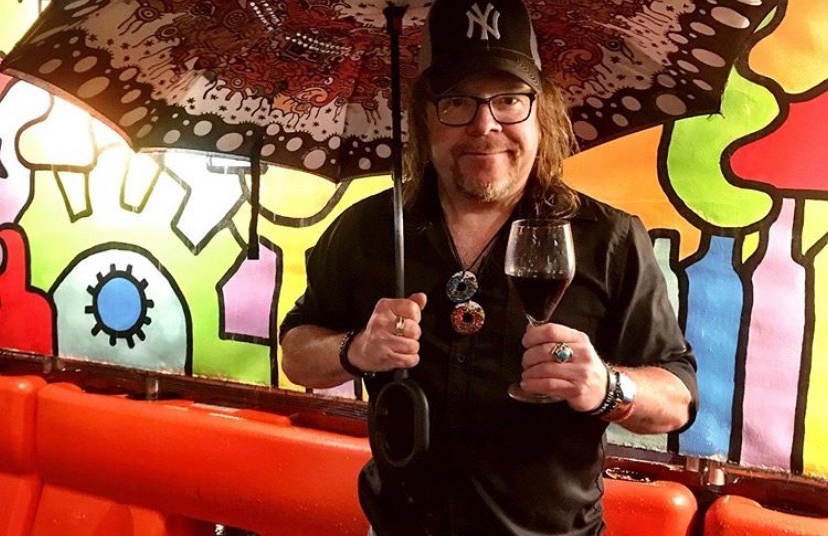 Billy The Artist creates a colorful mural for New York City restaurant Avena and saves it from a view of construction. 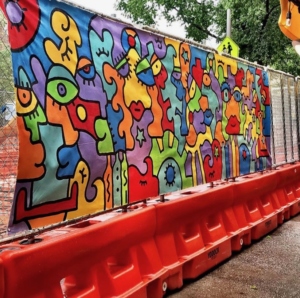 New restaurant Avena along 6th Avenue north of Houston Street in New York City’s West Village opened its doors this March (2019). Three weeks later, construction began to expand the plaza in front of the block. The construction surrounds work on a tiny new $1.49 million park called Little Red Square, which has been delayed several times since the Parks Department first announced a May 2017 completion date back in 2014. The current target date is winter of 2020. Due to this construction, diners at Avena were left with a view of a pair of chain-link fences.

Owners were worried the project, which is set to be complete in March of 2020, would negatively impact business. With help of an architect and internationally renowned live painter and muralist Billy The Artist (BTA) – they created a mobile mural that was recently put up along the sidewalk near the cafe tables.

To beautify customers’ views, the owners of restaurant Avena tapped East Village-based muralist Billy The Artist to paint a bright, graffiti-like screen. The 18-foot long work was mounted on the fence on Tuesday. The mural boasts BTA’s signature colorful abstract creations. The mural has attracted quite the attention with both customers and local community. 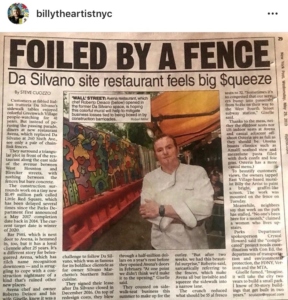