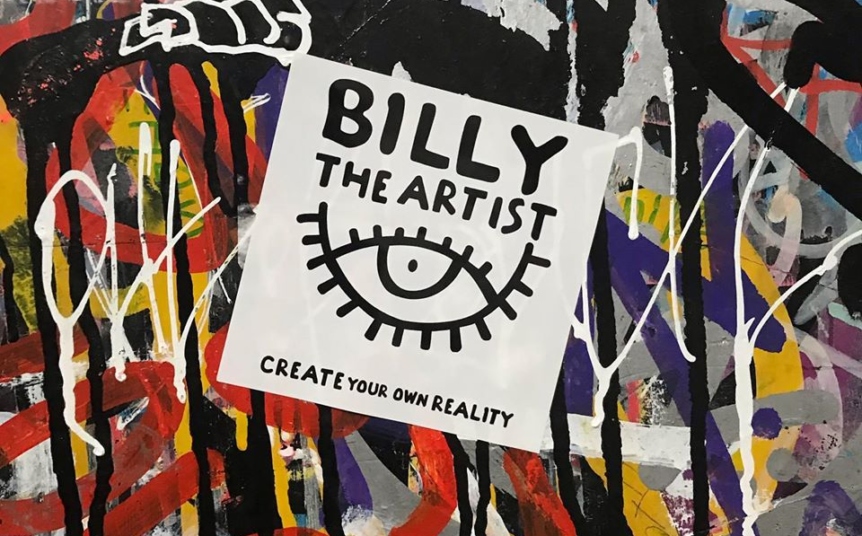 Billy The Artist (BTA) is never without his sketchpad, which aided him with his latest project — a book of illustrations with snippets of conversation titled “Things You Don’t Hear Twice: Quotes From the East Village.” 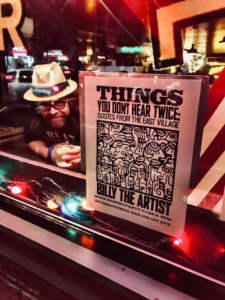 Billy The Artist’ favorite neighborhood haunts – International Bar on First Avenue in New York City – was the location of his book signing session.

In a recent exchange with EV Grieve – an East Village Blog – he shared a little about the book and his thoughts on the East Village.

Billy The Artist: “I’ve lived in the East Village for 30 years and have always loved the vibe and people here … I almost always have my sketchpad on me and would draw in my various East Village bars and, of course, hear the craziest quotes from my friends or strangers. I would write down the quotes in the back of my sketchpad and that’s how this book became a reality.

Living and working in my studio in the East Village I need to get out and be with people — be it in the afternoon or night. As I’ve gotten older, I tend to like the daytime in a bar because it [attracts] more regulars.

This book has been in the making for a long time, and both the quotes and illustrations I hope remind everyone how great the East Village was and still is.” 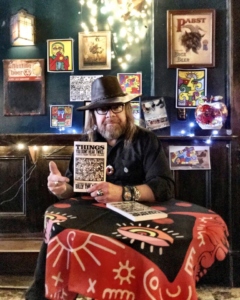 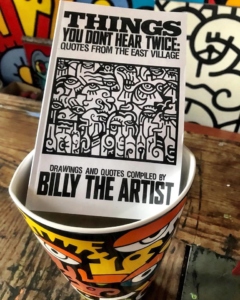