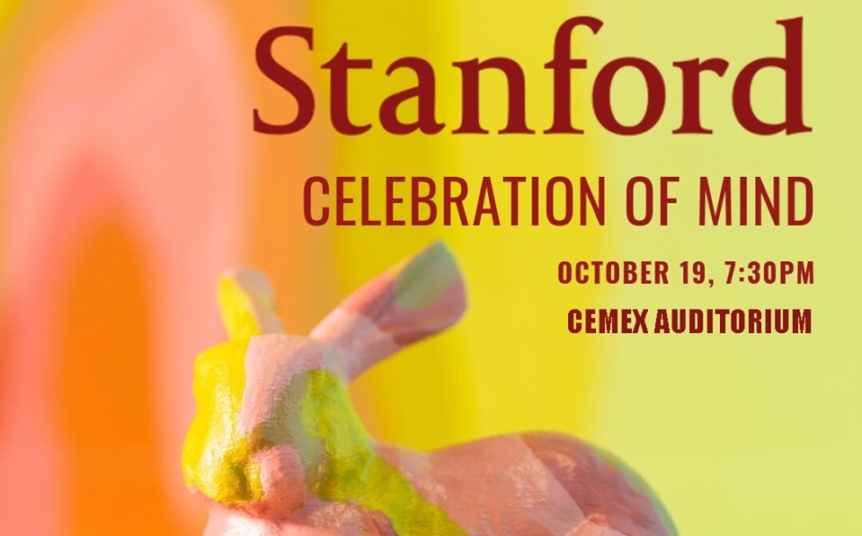 Alexa Meade returns to Stanford University to give a talk at “Celebration of Mind,” an event celebrating the intersection of math, art, and magic.

Alexa Meade is unlike any other artist; she paints on people, turning them into living, breathing portraits. Meade creates the illusion of a world where 2D and 3D become one. She has many examples of mathematically inspired work building on ideas of illusion, patterns, and self-reference.

The Celebration of Mind at Stanford includes an artist, a magician, and a mathematician, who will lead an aesthetically and delightfully entertaining evening of performances in a lively and lightly mathematical setting. Martin Gardner was considered one of the preeminent magicians of the 20th century, an expert on Lewis Carroll, a champion puzzler, and the creator of recreational mathematics. Every year, mathematicians, magicians, and artists gather from around the country for Celebration of Mind to play, perform, and provoke the pleasures of mathematics, perception, and illusion— in the spirit of Martin Gardner.

The event is free and open to the public.