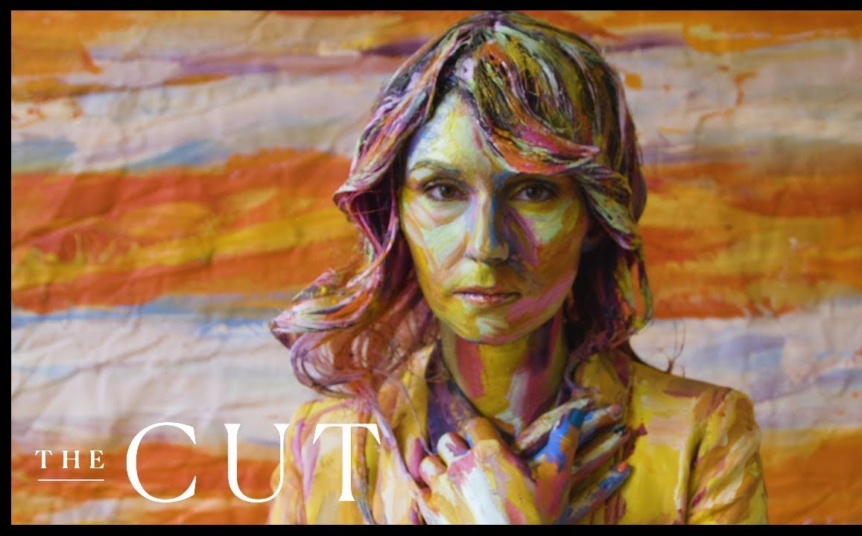 Alexa Meade is an artist who turns the traditional notion of art on its head—instead of capturing the real world on a flat canvas, the real world is her canvas. Through detailed, trompe l’oeil brush-work painted directly on humans or objects, Meade transforms the 3-dimensional world into a 2-dimensional one. While her art has sent her all around the world, Meade made headlines recently for painting Ariana Grande in her God is a Woman music video. New York Magazine’s The Cut met up with the artist to find out more about her process, the ungodly amount of paint she goes through, and what it’s like to toggle between the 2D and 3D worlds. Read the whole article in New York Magazine: The Cut.

Alexa Meade makes use of technology such as Matterport to help explore her art in 3D imagery. Matterport is a three-dimensional camera system that you can use to create realistic, fully immersive experiences. Artists and designers such as Alexa Meade have been using this tool to capture imagery, collect measurements and process data to create, edit and share a 3D rendering of their location or artwork.

In corporate settings Alexa Meade’s work can be customized to incorporate attendees, who have opportunities to photograph themselves within the artwork, and post them for colleagues and friends through social media outlets. Within the art world, Alexa’s art has been exhibited at the Saatchi Gallery in London, The Smithsonian’s National Portrait Gallery in DC, Postmasters Gallery in NYC, and Galerie Ivo Kamm in Zurich, Galerie Ingo Seufert in Germany, and Galerie Edouard Mazel in Brussels. Alexa has delivered keynote speeches about her work at the Wired Conference, National Geographic, and TEDGlobal.