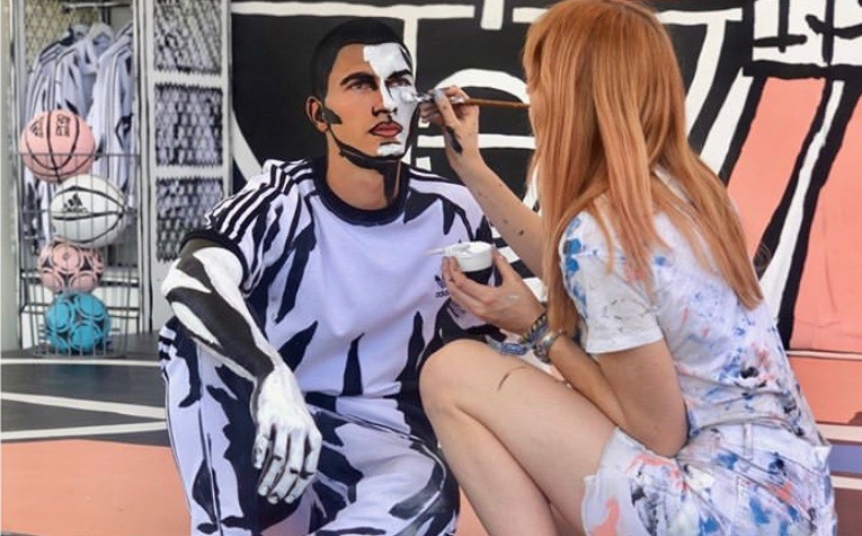 Alexa Meade’s interactive art installation – including painting live models – is appearing at Coachella 2019. Alexa Meade is taking up residence during both weekends at the adidas Sport Club, located at the Zenyara Estate in the Coachella Valley. 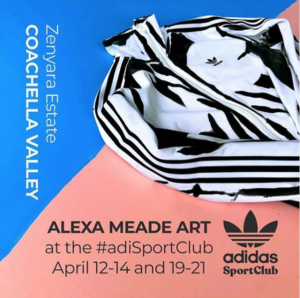 Across two unforgettable days, adidas Originals gathered athletes and talent to a BBQ & Basketball kick-off party hosted by Eddie Huang and Von Miller. Nick “Swaggy P” Young, A$AP Ferg, Candace Parker, Trae Young, and Liz Cambage participated in a wild Three-Point Shoot-Out while rap legend Pusha-T shut down the court with a surprise performance. The following day, guests were treated to an exclusive day festival, You Had To Be There, curated by adidas and Irv Benitez and hosted by DJs, A-Trak and Diplo.

The Coachella Valley Music and Arts Festival is an annual music and arts festival held in California, at the Coachella Valley in the Colorado Desert. Coachella showcases popular and established musical artists, as well as emerging artists and reunited groups. 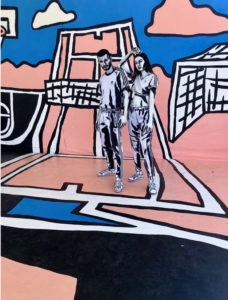 In corporate event settings her work can be customized to incorporate attendees, who have opportunities to photograph themselves within the artwork, and post photos for colleagues and friends through social media outlets. Within the art world, Alexa’s art has been exhibited at the Saatchi Gallery in London, The Smithsonian’s National Portrait Gallery in DC, Postmasters Gallery in NYC, and Galerie Ivo Kamm in Zurich, Galerie Ingo Seufert in Germany, and Galerie Edouard Mazel in Brussels. Alexa has delivered keynote speeches about her work at the Wired Conference, National Geographic, and TED Global. 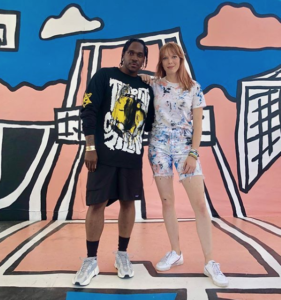 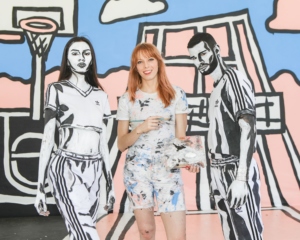 Alexa Meade is available for corporate, private and non-ticketed events, as well as marketing and ad campaigns, festivals, public spectacles, and private commissions for select VIP’s. Alexa is also available for select speaking engagements based upon her TED talk “Your Body is my Canvas”.