Legendary Australian comedy duo the Umbilical Brothers share their award-winning talents to create a unique live event that highlights the importance of innovation in team-building. Their exceptional humor, physical prowess and vocal ingenuity explode on the stage to deliver an unforgettable live experience.

Named as two of Entertainment Weekly’s “100 Most Creative People In Entertainment”, the Umbilical Brothers are an international comedy phenomenon that have received rave reviews from the NY Times, LA Times, and The Times London. They’ve played in forty countries and appeared on The Tonight Show, The Late Show with David Letterman, The Late Show with Stephen Colbert, and in stadiums with the legendary Robin Williams.

The Umbilical Brothers perform a variety of fast-paced comedic routines that include everything from classic mime with a twist, to physical satire, to tap dancing, to impossible contortionism illusions.

Their stage shows, TV work, and multi–platinum DVD’s have won them applause and critical acclaim ranging from the internationally impressive to the entirely insignificant. Awards include two BAFTA’s (one while working with Academy Award-winning Aardman Animations), an EMMY, a Logie (Australian Emmys) and a Helpmann (Australian Tonys) for Comedy Performers of the Year. They’ve also received an Edinburgh Critics’ Choice Award, won the Australian Entertainment Industry’s MO Award for Best Comedy Group 5 years running and, for their work with MTV, gained a Promax Award. 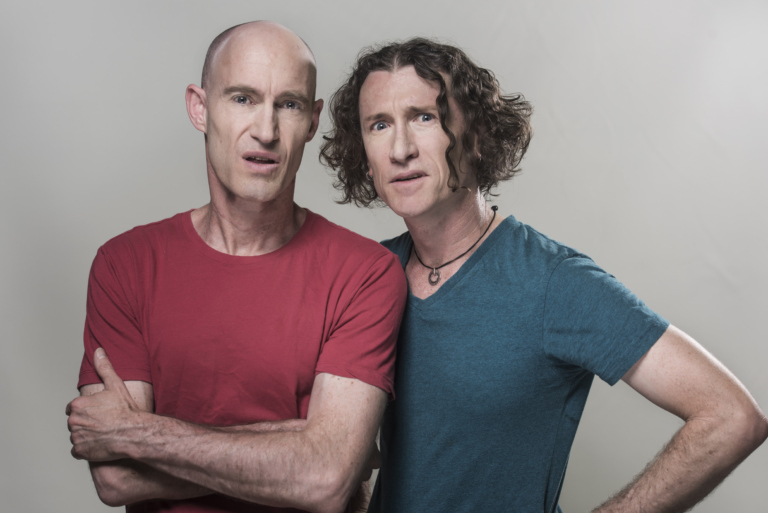 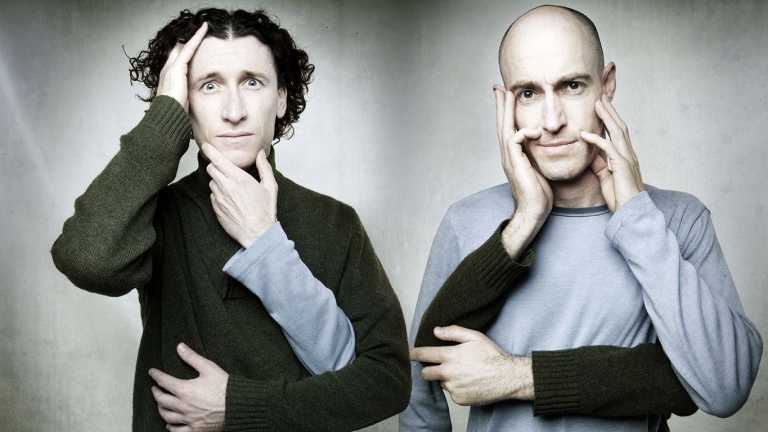 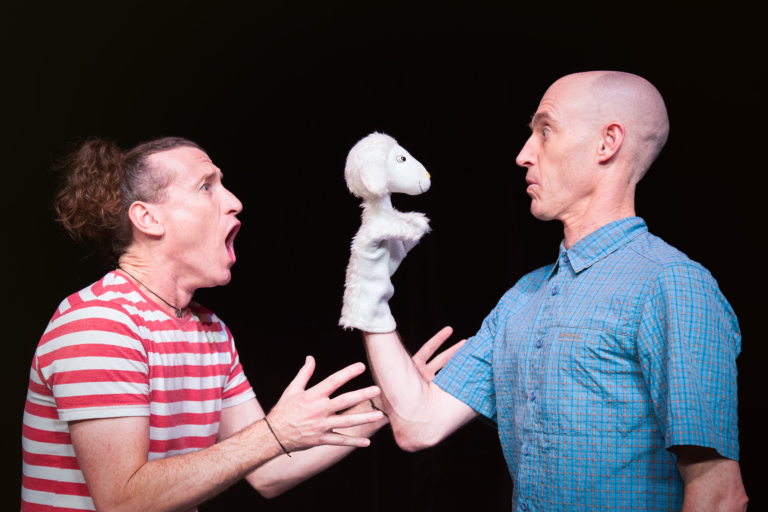 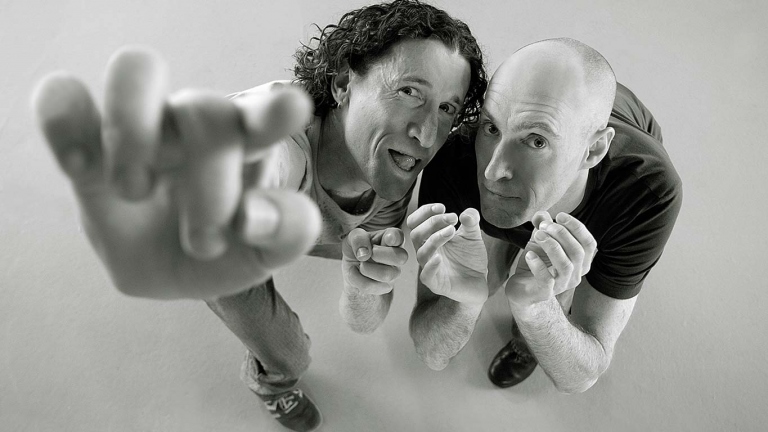